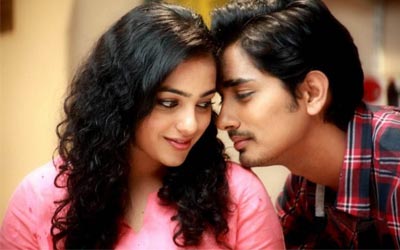 180 (or Nootrenbadhu) is a 2011 Indian romantic drama film, directed by ad filmmaker Jayendra. Shot simultaneously in the Tamil and Telugu languages, This Film in Tamil Written by Subha & Jayendra, and Telugu Film by Umarji Anuradha.

It stars Siddharth, Priya Anand and Nithya Menen with notable roles being essayed by T. S. B. K. Moulee, Tanikella Bharani and Geetha among others.

The film, shot on a Red One handled by Balasubramaniem with music by Malayalam composer Sharreth, was released in both languages on 25 June 2011.