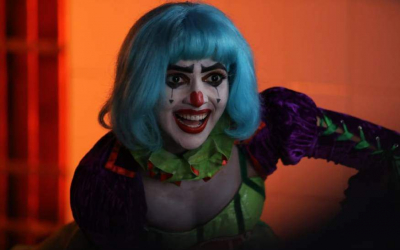 Kamini (Amala Paul) is a media anchor with high spontaneity, courage and sense of feminist freedom. She has been raised by a conservative mother after her father died when she was a child. Kamini and her mother (Sriranjini) are often at loggerheads about Kamini's attitude. She, her friend Jennifer (Ramya Subramanian) and 4 male friends work as a team at the #tag channel, where they have been doing spoof pranks videos on unsuspecting people with serious topics, such as murder attempt, medical emergency, etc., for 3 years. On her birthday, Kamini's mother challenges her to change into a conservative newsreader for at least once, so that she can be happy. Kamini's firm is to vacate their building by the end of the day to their own building far away. As a sentiment, the last show to be telecasted from the old building is a live news feed, to be done by Jennifer. While Kamini visits Jennifer getting ready, their views about news reading bring a challenge to Kamini similar to what her mom said earlier. Suddenly Jennifer goes missing 10 minutes before the live feed and with no way out, Kamini serves as her replacement newsreader. Despite everyone's expectation, Kamini does the job well, and Jennifer comes out of the upper floor toilet whose door got stuck. The firm vacates the building and the empty building is left without being locked for the weekend.

Kamini's gang celebrates her birthday party they with booze and cannabis. While having a call with her mom, Kamini unwittingly reveals that she was the one who locked Jennifer so that she could prove her point. Jennifer fights with Kamini and challenges her to her own statement of reading news naked. Kamini begins to strip, and suddenly everyone gets high due to cannabis.

Kamini wakes up the next morning in the empty office with no dress and no telephone. Nothing viable is available for Kamini to dress herself and she spends the day naked, trying to get help in desperate ways. She gets hold of her phone, but it has another sim card which is not having balance to make outgoing. She calls food order on a toll-free number and waits. Meanwhile, two local area guys enter the building and come to Kamini's floor. Kamini arms herself with an iron peg to attack them, but inadvertently attacks the delivery girl, who faints with blood loss. The guys find the delivery girl and call the police assuming she is dead. Kamini manages to hide from the police, but the police save the girl who had fainted. Kamini is left alone in the building after the police go away. She ventures out in the deep night, to a garbage bin outside and finds duct tape. She covers her private parts and begs for a passerby to help her. But the passerby is the same delivery girl who was attacked earlier and she reveals that she is the reason for Kamini's naked misery.

The delivery girl, Nangeli (Ananya Ramaprasad) was a Civil Services aspirant from a tribal village in Ooty and had passed the UPSC entrance 2 years ago with sufficient marks to get into a government medical college. She was sent to Chennai by her Family for counselling. While she was waiting for an Auto, Kamini's gang played a medical-oriented prank on her, causing her to miss out her counselling chance and wasting her exam marks forever. Also, when the girl's mother came to Chennai for the next year counselling, she fainted and no one came to help, thinking it as a prank. Nangeli is forced to work as a delivery girl while preparing for the exam again, while she saw Kamini enjoying her life.

Nangeli was hurt badly so that she played out her revenge. Then Nangeli and Kamini have a violent conversation about feminism and common empathy. Kamini and Nangeli apologise to one other. Kamini changes from public pranks to exposing scandals of politicians in office. She is shown to be the cause for the dismissal and arrest of a songwriter who was a member of parliament.