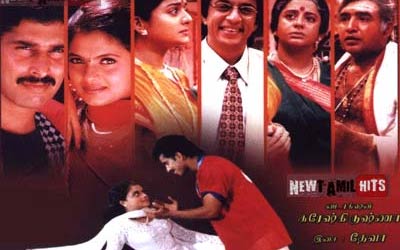 Shriram (Rajiv Krishna) is the son of 'Pepsi' Parasuram (Vijayakumar) and the younger brother of Raghu (Raguvaran). Raghu is married to Bhanupriya and has a son. While Raghu is a model son, Shriram is considered a wastrel.

Shriram falls in love with Janaki (Sulekha), the daughter of a Brahmin cook (Delhi Ganesh). Parasuram opposes the match because of the difference in their status.

Meanwhile, Raghu's college sweetheart, Gita (Sukanya) is dying and she wants to spend her last days with him. She contacts him after five years and they begin meeting secretly.

Shriram finds out about this and tries to keep the family secrets, take the blame for everyone's shortcomings and becomes the family scapegoat and his father's favorite whipping boy. The rest of the film examines whether or not Raghu is finally vindicated in the eyes of his family.