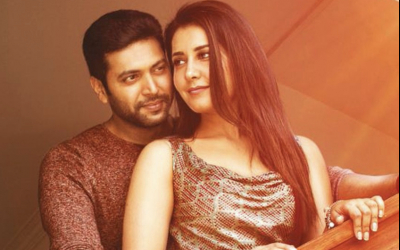 Subhash is an sincere and new Sub-Inspector of Police in Chennai. He resides with his father, mother, elder brother, his wife, and their twin daughters. He is all set to marry his fiancée Anitha. He is new to his job and is assisted by Constable Ramadass and SSI Chandran. Subhash cannot stand the suffering of the public and looks for ways to better their lives, and this often lands him in trouble with his superior Inspector Muthukaruppan.

One day, Chandran and Subhash are called on to investigate the supposed suicide of a girl. On closer investigation, Subhash deduces that it was not a suicide and that she was murdered. While collecting evidence to support this, he comes across a person called Abhijit (Bharath Raj), whose cell number was active near the place. On confronting Abhijit and his friends Christy, Bhuvanesh, and Deepak, they reveal that they are all stoners from affluent families and show a video of them doing drugs, raping and murdering the girl and many other women, as well. Subhash gets enraged, beats them up, and locks them in jail. When his superior, a corrupt Joint Commissioner Saarangan IPS, asks for the proof behind his accusations, he finds out that the phone had automatically deleted all the video files just as he was trying to unlock it. The four are released due to lack of evidence and the influence of their respective fathers and Subhash is suspended. Abhijit and his friends vow revenge and soon enough, when Subhash goes home, he finds his parents and brother's family dead. Only one of his nieces, Anusha, is left alive. Meanwhile, Saarangan is bribed with a Porsche car and reports the murder of Subhash's family as a fire accident at their new house. Dejected at his powerlessness even though he is a police officer, Subhash resigns and threatens Saarangan that he will avenge his family's death and will make sure that the four guys die mercilessly at the hands of their own fathers.

First, he kidnaps Bhuvan and locks him in a car with a mechanism that fills silane gas in it if anyone tries to open the door. Bhuvan's father, the district collector, accidentally opens the car door as he searches for his missing son, and Bhuvan is burnt alive in front of his father. Next, he kidnaps Deepak and Christy and keeps them at undisclosed locations. The police, in order to find the missing guys, try to unofficially arrest Subhash at gunpoint, but he triggers Muthukaruppan's pistol on purpose, resulting in his arrest and gaining unwanted public attention. With increasing media and political attention, Saarangan and the rich fathers are unable to carry out extreme measures of interrogation on Subhash, though he is in custody. Subhash then reveals to all of them that he kept Christy in a van and asks him to go to the airport, but Christy's father double crosses Subhash and asks him to run for help, thinking that Christy is safe when police and the public are nearby. Before Christy could do so, an auto-loaded gun in his bag starts beeping, and Christy, assumed to be a terrorist, is brutally shot and killed by the Paramilitary Force (CISF) soldiers to safeguard the public. After this, Deepak is found to be locked in a glass tank connected to harmful chemicals. Subhash and his tech friend expose him as a rapist to the public via an online gaming link, where the public can virtually try to shoot at Deepak in order to release the chemicals into the tank and eventually kill him. His father hires hackers to stop this, and when Deepak's location is found, he goes there and breaks open the tank to release him, but the chemicals instantly blow up, and he is killed. Meanwhile, Subhash also threatens Saarangan to check on his teenage daughter's safety. Saarangan panics but is relieved when she is found to be safe. Saarangan realizes his mistake and decides to support Subhash in his fight for justice to the rape and murder victims.

Now that only Abhijit is left, his father Sanjay, a business tycoon, decides to release Subhash from custody and deal with him alone. Subhash tactfully kidnaps Abhijit and has him hanging on a rope. He also threatens to upload the video evidence online and expose their crimes, thereby bringing Sanjay's business empire down. He gives Sanjay an ultimatum that he could either hold on to the rope and save his son or let go and shut down the laptop instead, to save his reputation. In the end, the power-hungry Sanjay decides to save his reputation and lets go of the rope, killing Abhijit.

One year later, Subhash has become a peace-loving IPS officer, who murders criminals out of record to serve justice.