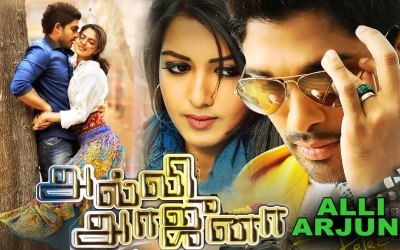 Arivazhagan (Manoj. K. Bharathi) is from Chennai and has grown up to be a good for nothing fellow because of the neglect and ill-treatment by the hands of his parents and his only aim in life is to be an irritant to his father. The entire family attends the marriage of Savitri (Richa) in Bangalore and when the groom disappears, Arivu offers to take his place. The marriage never happens but Savitri shows up at Arivu's house later, asking him to give her refuge. When he moves out of the house to take up residence with his friends, she follows him there too. Initially irritated by her, Arivu realises that he is gradually falling in love with her. Meanwhile, the friends learns that Savitri left her own surroundings just to get over the gruesome suicide of her close friend Nisha (Preetha), a victim of eve-teasing. Here comes Nisha's brother (Karan) who is still haunted by her death and Kishore promises to seek revenge from the person who was the cause of his sister's death. One day, Arivu proposes to Savitri that he sincerely loves her but she rejects him telling that she looked at him only as a Best Friend and that can't be mistaken as Love. Unfortunately Arivu lands up in Kishore's house when he follows Savitri and is shocked to know that Nisha is Kishore's deceased sister. The reason he became shock is he was responsible for her death and cries in burst. But Kishore doesn't know this and advices Arivu to succeed in his love towards Savitri. He send drops him but Arivu's former enemy Kumar (Mahanadhi Shankar) tells Kishore that he is his sister's eve-teaser. Hence Kishore chases Arivu and beats him mercilessly with rage. Savitri and her parents intervene the fight and Arivu is forgiven and saved. The film hence ends with a sad note that Arivu is not united with Savitri.