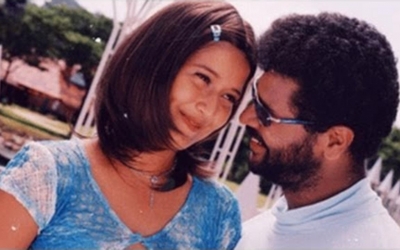 Satyam (Prabhu Deva) is the no-good son of billionaire Mouli. Disappointed Mouli asks Satyam to spend three months alone on the streets of Chennai to learn the value of money. He would have no money, and could not use the information of who he actually was to gain favor with anyone.
So Satyam sets out, and from the very start, meets Laila, who plays an overexuberant youth girl, who cries or laughs constantly. In the next frame, he saves Meenakshi (Shabana Raza) in the style of MGR from would-be rapists, and in the third, meets Julie (Baby Kalyani) and gets together with her. Julie has her own sad story which sounds equivalent to the far better film "Kutty." He sees Meenakshi again, and the two of them fall in love.
Julie and Satyam steal a suitcase from Madhavan (Murali) but later that night find out it is full of medicine. Without his medicine, Madhavan falls unconscious. Satyam goes to return the medicine, sees him unconscious, takes him to the hospital, and learns he is going to need five lakhs to save this man he almost inadvertently killed.
So Satyam enters the house of billionaire Rajiv, pretending to be a long-lost son. Prakash Raj as a villain who is after Mouli's money and Prabhu Deva's life.