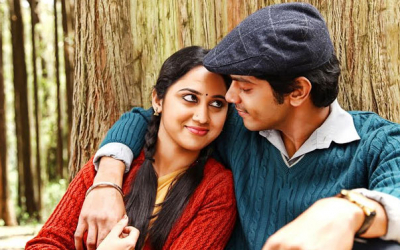 The movie begins with Jeeva (Sathya) being taken to court, where he recalls his past. In 1989, at the beginning of his 12th standard, his friend Balaji (Ananth Nag) falls in love with their classmate Karthika (Miya). Jeeva talks to Karthika but comes to know that she is actually in love with him. The next day, he accepts her love. Jeeva's father died when he was young, and his mother (Rindhuravi) married again. Once when Jeeva and Karthika are out, they are caught by police, and both their families are informed.

Later, when Jeeva goes to apologize to Karthika's parents, he is hit by her father (Vaidyanathan). Meanwhile, Karthika's father applies for a transfer. Jeeva and Karthika promise that they will not meet until their last exam. On the last day, Karthika leaves but gives a letter to Balaji and tells him to give it to Jeeva, but Balaji does not give it and tries to convince Jeeva that Karthika does not love him anymore. Jeeva and Karthika try to meet each other but in vain. Finally, Jeeva learns Karthika's whereabouts, and they finally meet. When he meets her, he lands up in a fight with her friend. He goes to her home and asks her if she still loves him. She says no but later feels she should talk to him and marry him the way he asked her as proof, but fate has other plans.

The next day when she meets him, he stabs her before she can say anything and later realizes she is still in love with him. He tries to save her, but she dies in his arms. The scene returns to the present, where Jeeva escapes from the police to find Karthika's grave, then he jumps off a cliff. The movie ends with Jeeva and Karthika united in heaven and their names written on the bark of the tree by Jeeva when they first met.