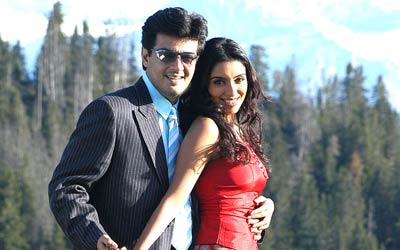 Aalwar is a traditional priest. He is devoted to his mother and sister. But the villainous elements Lal, Vincent Asokan, kill the sister and mother. Aalwar, with revenge ringing in his mind, ends up as Shiva the killer, even while working as a ward boy in a hospital. Shiva is out to make a statement against the venal forces. He sees himself as some kind of avatar — in fact, he bumps off the baddies under the get-up's of Lord Rama and Lord Krishna. In climax, Shiva turns up as Lord Narasimha and bumps off the last villain by placing him on his thighs and ripping apart his bowels and chest with his sharp claws.