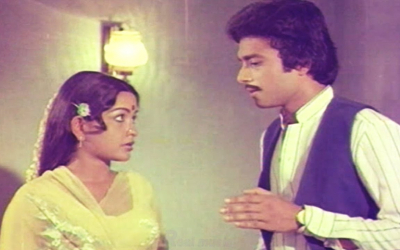 The story centers around Chandhar (Karthik) who is a manager of an estate in Ooty. He also moonlights as a writer of stories for a popular magazine and has a big fan following. Nagesh plays a guest at this estate. Soon, he gets another guest in the form of Devi (Sulakshana), who pretends to be blind and has a back story to this. She is also his biggest fan and has been proposed to by Chandhar via their fan letters to one another.

Love soon blossoms between the two and just as things come together, in comes Suri (Karthik in a dual role) who is the identical twin of the manager. Suri was adopted by the owner of the estate and so he feels neglected by his own family. This makes Suri binge on booze and other bad habits. He and Chandhar are not in good terms and are complete opposites in character. One day, both of them get into a fist-fight over Devi and somehow Suri dies. What happens next?